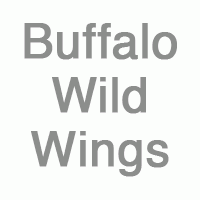 The Buffalo Wild Wings restaurant company is all about wings, beer, and sports. The company operates hundreds of locations and is best known for catering for the college kind of lifestyle; serving hot wings, beer, and selling college sports merchandise.

It has got a variety of menu items available for ordering. There are salads, tacos, sandwiches, wings, chicken tenders, and chicken wraps. There are also plenty of drinks available at the restaurant's locations.

Buffalo Wild Wings has a background story unlike any other. It was founded by Scott Lowery, and the famous James Disbrow. The two were not only close friends but were also technically brothers as Disbrow had been adopted by Lowery's parents.

The story is that the two brothers were one day looking for a restaurant that served buffalo-style chicken after attending an even at Kent State. However, they did not find any. This gave them the idea to start their own restaurant but they didn't even start it in the same neighborhood. The pair established their first restaurant at a location in Columbus near Ohio State in the year 1982. They called their restaurant, Buffalo Wild Wings and Weck. Weck was part of the name because they served beef on weck but was later removed to give the company its current, shorter name.  As the background story suggests, the purpose of the new restaurant was to serve wild wings. The location also shows that the two founders were aiming primarily for college students.

However, the pair had no experience in running the restaurant business. Within a couple of months they brought in an additional partner to help them with running the affairs of the business. The three partners then begun to add locations gradually over the next 10 years.

In the year 1992, the partners decided to franchise the business. The charged between $15 and $20K for a franchise license and also demanded a certain part of sales. In 1995, the company started the shift towards catering for a larger clientele by redesigning the spaces of its outlets and its franchises. By the year 1999, the company had 100 locations in operation. By the year 2010, the company expanded to Canada, and then 3 years later the company ventured into the UAE.

Over the years, the company has had to make changes to attract even more fans. They have tasted new sauces and seasonings, and they have also changed the interior design and layout of their locations. Several menu items have also been introduced.

As of now, the company operates in over 1,200 locations in the US, Canada, the UAE, Oman, Vietnam, Panama, Mexico, and it several other locations. It makes enviable revenues to the tune of $2 billion. The annual operating income is in the region of $140 million. Employees number about 45,000. Those who eat at the restaurant enjoy a wide selection of meals including traditional hand-spun wings in a signature seasoning or sauce. This is what the company is famous for. Other varieties of hot wings are also served at the restaurant. Apart from wings, the Buffalo Wild Wings also serves greens, seasoned tenders, chicken wraps, sandwiches, and steak burgers. Sides and extras include French fries, seasoned potato wedges, mac and cheese, tasty beer-battered onion rings, veggie slaws, and cheddar cheese curds. The company also has a variety of menu specials for game days and post-game feasts. Apart from the meals, the company also sells customized tall glasses emblazoned with college football team logos.

The company has many promotions that you can take advantage of. The promotions include a loyalty program with rewards for points earned, free gift cards for buying certain merchandise, and lower prices on certain meals for certain days. Read on to find out more.

The Buffalo Wild Wings restaurant chain does not seem to have a free shipping policy at this time based on the information on its site. Nonetheless, there are other ways you can save cash when ordering their meals. The Buffalo Wild Wings Collegiate Collection online store also does not offer free shipping. In fact, the shop makes it even more expensive to ship its goods to some US locations; it charges an extra ten bucks for the delivery of its merchandise to addresses in Hawaii, Puerto Rico, Alaska, and US military bases.

Based on the information on its website, the Buffalo Wild Wings restaurant chain does not appear to accept food returns. However, to become doubly sure about their return policy, please call your local Buffalo Wild Wings restaurant about any issue you may have with their meals. The Buffalo Wild Wings Collegiate Collection online store categorically does NOT accept the return of its merchandise. This is because all their items are specifically customized for buyers, and are therefore unique and cannot be restocked. Nevertheless, the company states in its "Refund Policy," that it may consider replacing products that are damaged or lost during shipping. They urge all customers who have experienced any shipping issues to call their hotline 888.412.0813 between 9:00 hrs. and 17:00 hrs. EST for further assistance.

How to Use Buffalo Wild Wings Coupon Codes?

As you can see from the process enumerated above, there is no place for entering Buffalo Wild Wings coupon codes.

How to Save from Buffalo Wild Wings?

There are several ways you can save good money when ordering food on the restaurant's website or at one of its many locations.

The number one way to save cash when shopping on the Buffalo Wild Wings website is to join the restaurant's BLAZIN REWARDS loyalty program.

The once you feel as if you want to redeem your points, just look at the rewards list to see what you can get with your points. If you find something you want and you've got enough points to get it, you simply tell the server that you want it and the item will be given to you free of charge upon verification.

You simply need an email to register and start scoring points and you will soon be getting freebies left, right, and center when you redeem your points.

Buffalo Wild Wings also has a special promotions page. The page lists all the exciting offers you can enjoy throughout the week at discounted prices. For instance, on Thursdays you get to enjoy Boneless Thursdays – specially priced boneless wings throughout the day. There is also the Happy Hours every day of the week – specially priced beers and other meals. Make sure you visit this page frequently to take advantage of the available offers.

You can also save money by buying college football merchandise. Buffalo Wild Wings sells 16 oz. glasses for $35. Each bundle of two glasses will come with an extra $5 bonus gift card you can use at your favorite Buffalo Wild Wings locations. So if you want to buy glasses, you now know where to buy them to get yourself some free restaurant money.

Buffalo Wild Wings was founded in 1982 by two brothers. The restaurant has grown rapidly over the years and now has over 1200 locations and over 40,000 employees. Its numbers are also pretty good.

You can get seasoned chicken and a variety of other meals at Buffalo stores.

The restaurant has several promotions listed on its promotions page to help you save money. You can also register for its BLAZIN REWARDS program to enjoy earn redeemable points every time you visit one of their locations.

Lastly, buying college football glass merchandise from the restaurant earns you a free $5 gift card you can use in any participating Buffalo Wild Wings location. 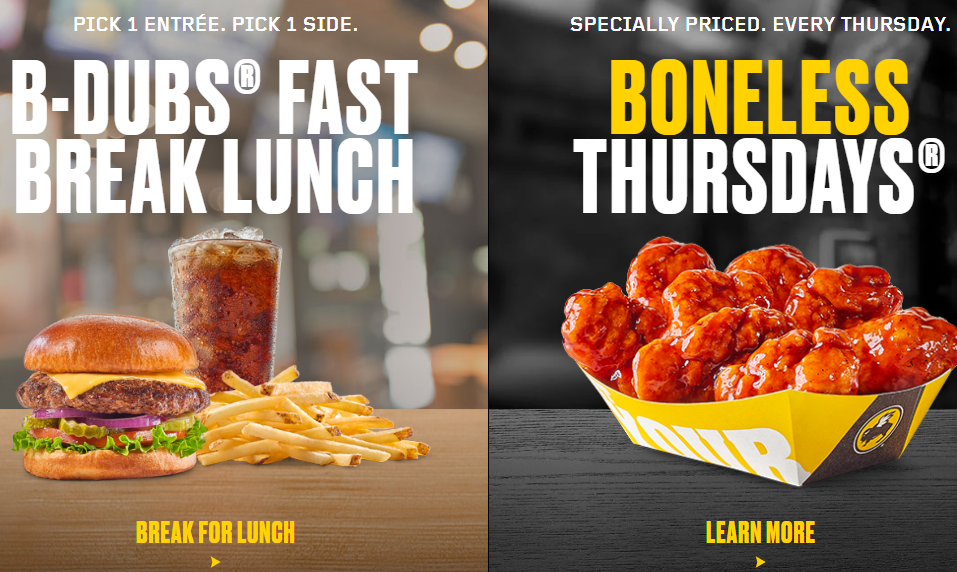