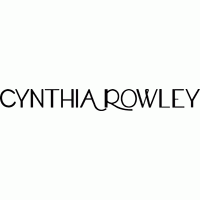 Up to 70% OFF from Cynthia Rowley 2 Coupon Codes.

The Cynthia Rowley online shop is named after its owner and founder Cynthia Rowley. Cynthia Rowley is a popular American fashion designer based in New York City. Although she is based in New York, Cynthia was born and raised in Barrington, Illinois in the affluent part of Chicago. Rowley is one of three children and daughter to Ed Rowley and painter Clementine Rowley. Rowley showed her artistic prowess early in life when she made her first dress aged just 7. The artistic qualities in her were no big surprise since artistry ran in the family with her mother being a painter while her grandparents were also into the design. Cynthia pursued her artistic calling and even pursued it in school. She graduated from Barrington high school and later also graduated with honors from the school of the art institute in Chicago. Cynthia overcame a lot of setbacks in her early struggles to become a designer which included being kicked out of her junior year art show at SAIC.

Cynthia hit her first big milestone in 1981 after winning a SAIC senior fellowship award. She used the money to change cities in order to pursue her ambitions. She moved from Chicago to New York and soon after launched her career with a 3,000 dollar seed kitty given to her as a gift from one of her grandmothers. Cynthia went to launch her first capsule collection in 1988 which has grown in leaps and bounds over the last three decades. Her startup went from being a tiny adorable little startup to a business empire. The Cynthia Rowley online shop boasts of all manner of merchandise including women's wear, handbags, glasses, fragrance, color cosmetics, swimwear, home furnishings, bed wear, bedding products, and office accessories.

Customers have four shipping options when shopping with Cynthia Rowley, each of the options comes with a separate charge. The charges are as follows 1. Ground shipping is free of charge 2. 3 day select shipping is 10 dollars 3. 2nd-day air shipping is 20 dollars 4. Same day delivery within the Manhattan area for 30 dollars International shipping will reach customers via DHL for a flat fee of 40 dollars. Delivery time is between 2-4 days after dispatch. The company offers free shipping for UPS ground shipping when it comes to orders placed in the United States. Expedited shipping is also available for customers that want to receive their orders much quicker.

The store is confident that customers will love and adore their purchases; however in the event, a customer is not satisfied with their product, the online store is ready to help a customer make a return. The following are the conditions and guidelines for a return that must be understood by customers. 1. Customers must return the item within 21 days from the day of delivery 2. Only unworn and unworn merchandise with the relevant shopping tags will be accepted back 3. Full price purchased items are eligible for refunds or returns 4. Sale items returned to the store's warehouse will neither be shipped back nor refunded 5. Shipping charges are not refundable 6. refunds will be credited back to the same payment method that was paid through in the first place 7. sale items including those purchased with a discount or promotion code are final sale and not eligible for refunds 8. items purchased at any other department store cannot be returned to cynthiarowley.com Cynthiarowley.com has an easy returns portal that will aid customers greatly in case they feel the need to return an item.

Sharing is caring. Submit A Coupon for Cynthia Rowley here.

How to Use Cynthia Rowley Coupon Codes?

In order to enjoy the wide range of accessories, cosmetics, bedding products, swimwear and fragrances, Cynthiarowley.com is giving away coupon codes that will make your shopping experience all the more worthwhile. Before using a coupon code though, make sure it is indeed authentic by checking with the official site. Enter the coupon code correctly and watch as prices get slashed before your very eyes. The process for observing the coupons is as follows;

1. browse the site for your product

2. add the product to cart

3. check if the code obtained from another site is valid

4. enter the code correctly in the space provided and check out

How to Save from Cynthia Rowley?

Cynthia Rowley, the store's founder and owner has remained true to her vision by ensuring that the store only dealt with authentic and high quality dresses, cosmetics, swim wear, beddings and fragrances. Customers can access the best in elegant and classy dressing at mouthwatering prices everyday thanks to discount codes extended to customers. Customers can enjoy great deals such as free ground shipping for all purchases and 50 percent off women's sales.

Cynthiarowley.com is the brainchild of Cynthia Rowley, an inspiring artist who rose from nothing and became the founder of this beautiful monstrosity. The designer also came up with a home accessory line called Swell, which is a book series by her and her close friend Ilene Rosenzweig first stocked in 2003 at Target stores. It did not end there as Cynthia moved to launch another beauty back in 2011 known as the "Mr. Powers collection, a limited range for menswear named after her husband, Bill Powers. Her store has grown in leaps and bounds and is now available in numerous cities and locations which include; Chicago, Boston, New York City, Malibu, Aspen, Palm Beach, Newport Beach, Georgetown, and Montauk. Rowley's work is recognized biannually by being featured at the New York fashion week festival. Her work has gotten a lot of spotlight over the years with the New York Times once describing the designs as "flirty, vibrantly colored dresses and tops in wispy materials.

Cynthia Rowley has been honored for her work on many platforms and rightfully so. In 1994, Rowley was honored by the council of fashion designers of America and was awarded the Perry Ellis Award for New Fashion Talent. Fast forward to 2012 and Rowley was awarded the school of the art institute of Chicago's legend of fashion award, alongside her husband Bill Powers. Rowley took home the designer of the year award at the 37th annual American apparel and footwear association American image awards. Rowley has appeared on mainstream television featuring on popular shows such as Good morning America, the Today show, the Oprah Winfrey show, and the late show with David Letterman. She has also been a judge on design and fashion shows such as; design star, project runway, and Americas next top model. Cynthia has also crowned her achievements with several books such as; the swell dressed party (with Rosenzweig, Atria, 2005), swell holiday (with Rosenzweig atria, 2003) Home swell home (with Rosenzweig, Atria, 2002)